At the NFPA IEOC in August, I had the chance to hear John Ellis speak on Transportation 2.0. Ellis is a developer who has worked with some of the biggest names in tech and automotive — with names like Motorola, Ford, Apple CarPlay, Android Auto, SAE, Linux and Open Source just being a few he can credit to his resume. 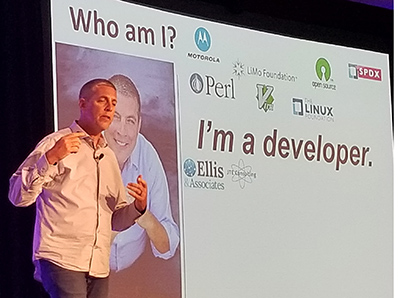 In his talk, he said that the sharing economy and the need to create more fuel-efficient, environmentally responsible vehicles will soon transform us into a driverless society — that by 2030 we will have entered Transportation 2.0., with major cities being fully autonomous by 2040 with driverless electric vehicles. In these cities, Ellis proposed, human-driven cars will not exist nor would they be allowed on the road there.

Ellis also said that one of the big drivers is, and should be, continuing research into this technology on trucking fleets. Here, he said, you’d see huge fleets of trucks — perhaps 30 or 60 in a group — automated for delivery across the country.

There’s no doubt in my mind that this man knows the auto and tech industry. But when he says that we’re just a little over a decade away from almost driverless cities, it gives me pause.

For one thing, there are too many questions related to how you’d convert the technology from traditional to driverless. If, as he said, a major metropolitan area is fully autonomous but the outlying suburbs and rural areas are not, how does one deal with those vehicles driven by a human and vice versa? Would there be technology to deactivate those traditional vehicles from entering the city? Or gates that lock them out? Auto manufacturers and innovators like Tesla are hard at work on the automotive technology but it doesn’t seem like anyone’s talking in-depth about the infrastructure.

As for the fleet technology, that’s all well and good but there exist questions on whether autonomous and human-driven vehicles should be on the roadway together. Traditional drivers are often unpredictable and often to blame in collisions with autonomous vehicles. Perhaps we in the U.S. need to invest in high-speed rail for these fleets. To me, fleets of 30 or 60 trailers traveling at high-speed sound like a better fit for a high-speed rail system than for highway travel.

Don’t get me wrong — I believe we will have an autonomous vehicle system in the near future but 10 years seems like a daunting task without the infrastructure. Fluid power companies will see great potential in the building of that infrastructure and the manufacture of those cars, however. So while it may not be 10 years out, it’s wise we start planning for this economy now and for how we can be the leaders in it.