As he does every year, Alan Beaulieau, President of ITR Economics kicked off The NFPA Industry & Economic Outlook Conference on August 11 — a little differently than his usual dry humor from the stage, but still with his similar upbeat attitude. The key takeaway from this year’s opening keynote, is that the U.S. industrial market is simply shut down — we’re not broken, Beaulieau said. He emphasized that there is an important distinction between the two. And although he said it’s challenging to prepare economic forecasts in a global pandemic that no one has seen in our lifetime before, looking at other past shut downs such as 9/11 offers some insight as to where we’re going from here.

To prepare their forecasts, the experts at ITR must decide if we’re in the second wave of COVID-19 or if it’s still coming — will it be worse than what we see now? From looking at the numbers, he said doesn’t think so. As he said to NFPA members — things are starting to turn positive and they need to plan for the future.

If we’re in the second wave, Beaulieau said, there is no incentive for governors to shut down again. Looking at the number of cases and deaths, both globally and stateside, things seem to be leveling off, even in those large states like Florida, California and Texas were numbers spiked dramatically last month. “I think the trends are encouraging, the number of cases and deaths are coming down — the mortality rate is being managed and … they’re dealing with it appropriately.”

Additionally, the stimulus measures and unemployment insurance benefits have made a difference and will continue to make a difference — the Fed chairman has even said there is no limit to what the Fed can do. With interest-free loans and money in consumers’ pockets, we’re rebounding. And yes, there will be inflation, but it won’t be for several years.

Finally, while some leading indicators are down (defaulting on rents) almost all on the rise — real estate sales are above year ago levels, the stock market is all but recovered (though we’ll have a correction in the near future), retail sales for June 2020 came in 2.3% above June 2019, indicating consumers that don’t live paycheck to paycheck have disposable income and are ready to spend. “You don’t see disposable income when you’re in a recession,” he said, and that has made all the difference in the world.

These indicators should get fluid power manufacturers and OEMs enthused, Beaulieau said. “This is telling you need to get busy and motivate,” he said.

What does this all mean? Look for a healthy V-shaped recovery, Beauleau said, highlighting ITR’s macro forecast that shows the negative pressure will continue through 2020 and fluid power shipments will continue to decline through the first quarter of 2021 but things will pick up after that.

The global economy will bounce back late this year and through early 2021. Export business is going to do well — the world G7 indicator shows it’s moving in the right direction, and good things are happening around the world.

His best advice: “Separate near-term events from fundamental economics and determine which will likely prevail in your markets,” he said. “The world is healing and it’s a good thing as we move forward. Grow and go. Plan to be ready for an expansion.” 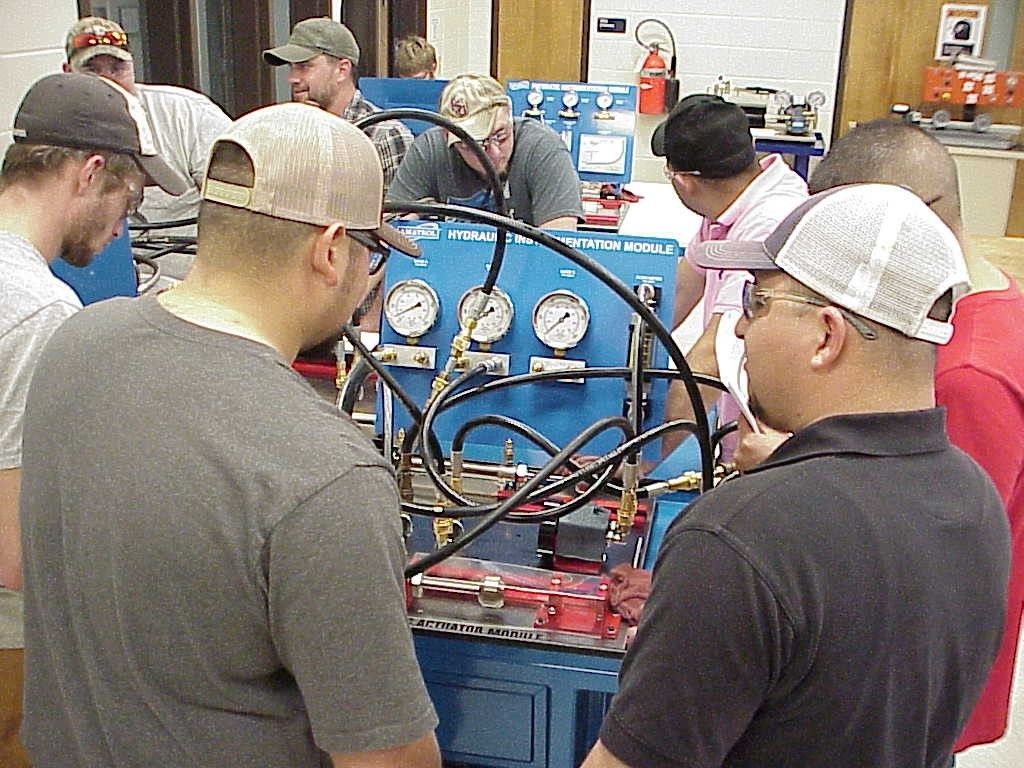