Flow sharing is a method of pressure compensation allowing all channels of metered fluid to take proportional allocation of flow regardless of total pump output. Flow sharing prevents fluid from taking the path of least resistance. 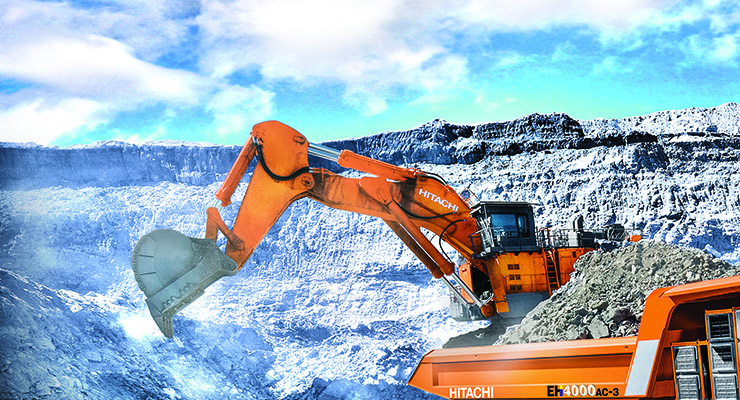 To explain, first consider that you have two directional valves with flow controls plumbed inline to their pressure ports, and each of those directional valves can flow different volumes independently of each other. If a pressure compensated pump provides a maximum flow of 15 gallons per minute, and each flow control is set to 5 gpm, both valves and their actuators see that flow in most circumstances.

If we now set the flow controls to 10 gpm each, funny things will happen. Even with pressure compensated flow controls, flow will take the path of least resistance, and 10 gpm will flow through the valve with the least pressure. In fact, even more than 10 gpm could flow through the lower pressure valve if pressure was high enough in the competing valve.

A pressure compensated flow control typically only works well in a single circuit. With flow sharing using post pressure compensation, flow remains where it is set, regardless of the inlet flow or number of sub-circuits. The only caveat is that the resulting flow is reduced proportionately amongst all channels.

To continue with my previous example, if both valves were operated at 10 gpm a piece with a pump limited to 15 gpm, their resulting flow would be split equally at 7.5 gpm with flow sharing. If each of the sub-circuit flow controls were set to 8 and 9 gpm running individually, with post compensation, flow to each drops to 7 and 8 gpm respectively. This reduction in pressure is irrelevant of downstream pressure changes because of loads.

Flow sharing is most popular in mobile applications, where one or two actuators enjoy high flow rates most of the time, but can reduce that flow appropriately when other circuits are demanding flow as well. A good example is an excavator, where the bucket, arm, boom and slew actuators typically take up majority flow. All of those functions work while the wheel motors are turning as well, but the pump doesn’t provide enough flow to operate them simultaneously at full flow.

Flow sharing allows reduced flow temporarily to the bucket, arm, boom and slew actuators while the tracks are in motion, but does so exactly proportionately to the reduced flow caused by what is used by the drive motors. The operation of the excavator must still feel consistent and predictable, just slower. Flow sharing does cause some added cost and complexity, but it the performance benefit is exceptional.